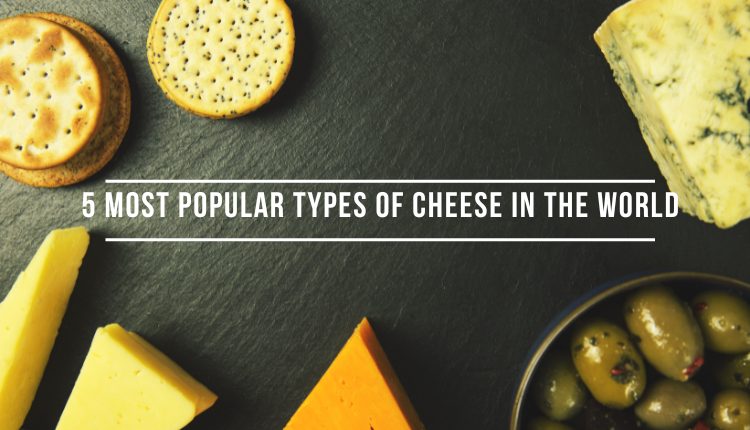 Gouda is a semi-firm cheese that is made from cow’s milk in the Netherlands. It is named after the town where it is produced, though the cheese is also made in other nearby parts of Europe. Gouda is a very versatile type of cheese and can be used in many different dishes. It is usually sold in large wheels and has a straw-yellow color with orange veins. Gouda is often eaten as a snack, and it is also popular in sandwiches, salads, and soups. It is also often used as a cooking cheese. Gouda is a great source of calcium, protein, and Vitamin B12, so it is a healthy choice.

This is a blue-veined cheese that is a French specialty. It is made from ewe’s milk and is usually quite pungent. Roquefort is often compared to blue cheese, but it is actually a completely different type of cheese. It has a strong, pungent flavor that is often described as being similar to pine needles. Roquefort is often eaten as a dessert cheese or an appetizer with crackers. It can also be used in cooking and is often a key ingredient in salads and some pastries. It is an expensive cheese and is often sold in small portions due to its high price. Roquefort is a good source of calcium, protein, and Vitamin B12.

This is another famous type of cheese from France. It is a hard cheese that is made from cow’s milk. Gruyere is named after the town where it is produced and is often called the king of cheeses. It is often used in many different dishes and is a key ingredient in many fondues. Gruyere is also often used to top baked potatoes or added to soups. Its flavor is often described as nutty and caramelized. Gruyere is a very hard cheese and is often grated over food as a topping or added to recipes as a flavoring agent. It is a common ingredient in many soups and stews, and it is a popular cheese for cooking. Gruyere is a good source of calcium and protein.

Brie is a soft, creamy cheese that is made from cow’s milk. It is named after the region in France where it is produced. Brie is a common ingredient in sandwiches and is also often eaten as a snack. It is a versatile type of cheese and can be eaten on its own or with a variety of different toppings. Brie is a popular cheese for baking and is often served as a dessert. It is also used in many different recipes as a flavoring agent. Brie is a very creamy and rich cheese and it is often served at special events or as a side dish with coffee or wine. It is a good source of protein, calcium, and Vitamins B12 and B2.

There are a lot of different types of cheese out there, and it can be tough to choose which one is best for you. Luckily, there are many different options to choose from, and most of them are healthy choices that are high in protein and calcium. If you love dairy as much as we do, you’ll be happy to know that cheese is one of the healthiest kinds of food that is made from it. Cheeses come in all different colors, flavors, and textures, and they are a wonderful source of protein and calcium. So if you’re in the mood for a slice or two don’t hesitate to buy cheese, here are some of the most popular types of cheese in the world today.

5 Restaurant Emergencies and How to Prepare for Them

Different things you can eat Burrata Cheese with!