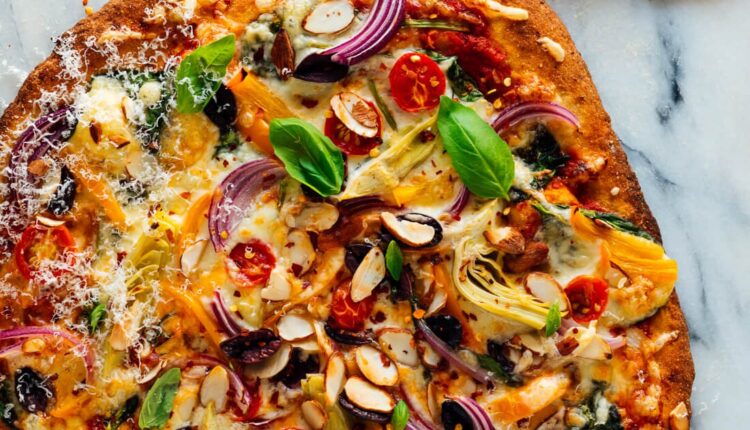 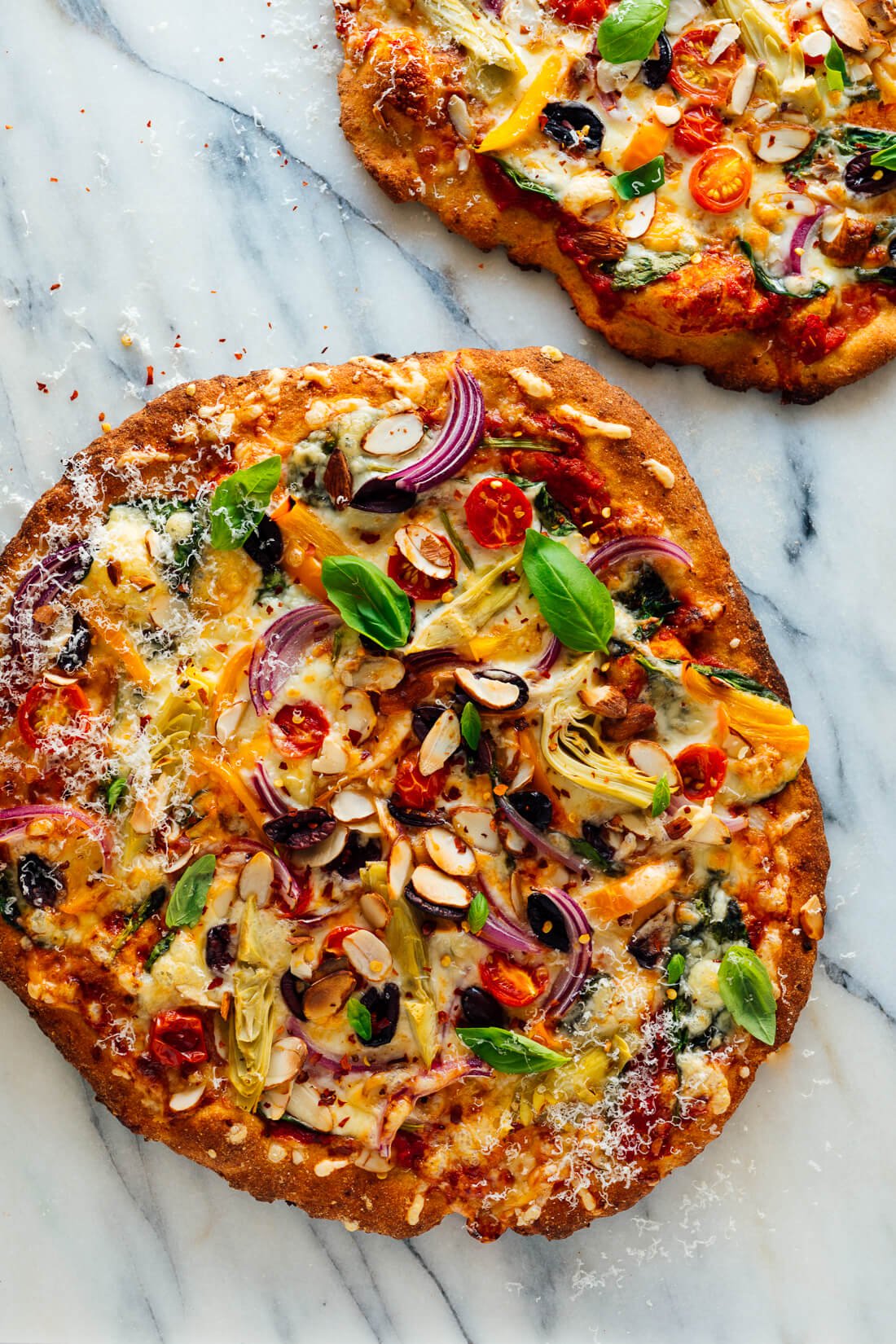 As a vegetarian for over a decade, I’ve eaten quite a few veggie pizzas. Truly fantastic veggie pizzas are few and far between. So, I combined all of the elements I’ve enjoyed over the years to create my own “ultimate” veggie pizza pie. This is the best homemade veggie pizza I’ve ever had, and I hope you’ll say the same! 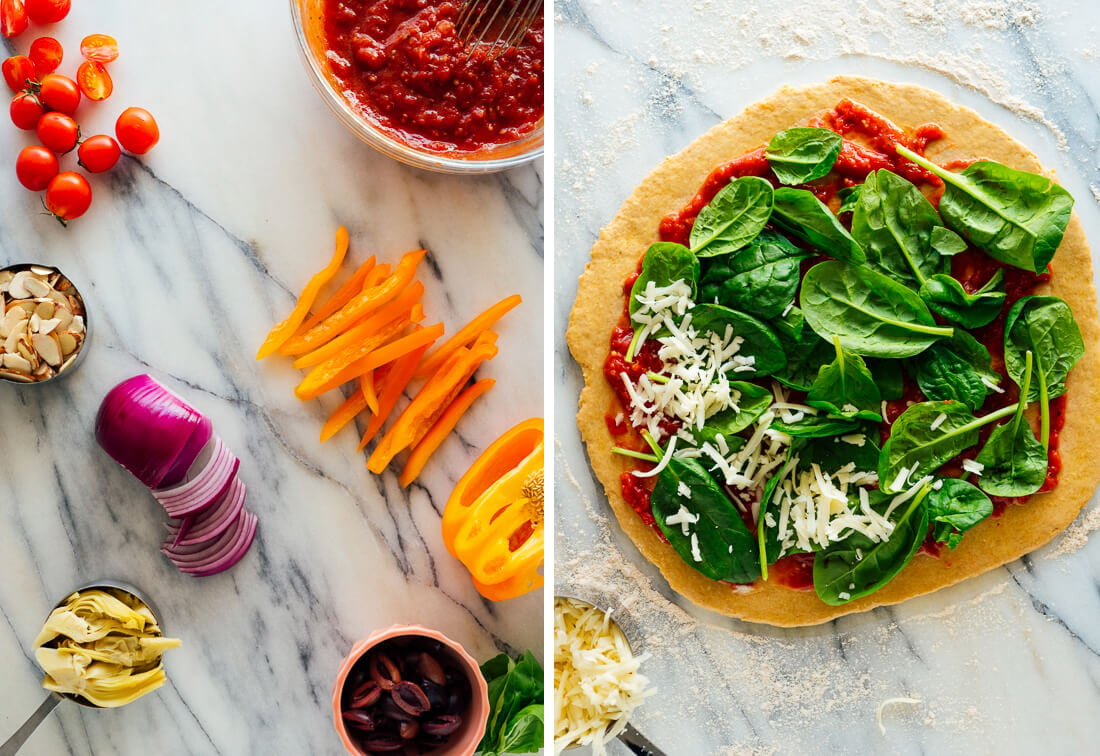 The trick with loaded veggie pizzas, as many pizza shops seem to forget, is that they require a few extra minutes in the oven to develop full flavor and structure. Don’t stop baking until the cheese is deeply golden in spots. Otherwise, you might end up with floppy pizza that doesn’t live up to its true potential.

Start with my easy whole wheat pizza dough, and this recipe is ready in about 45 minutes, start to finish. This veggie pizza is quicker and healthier than delivery! 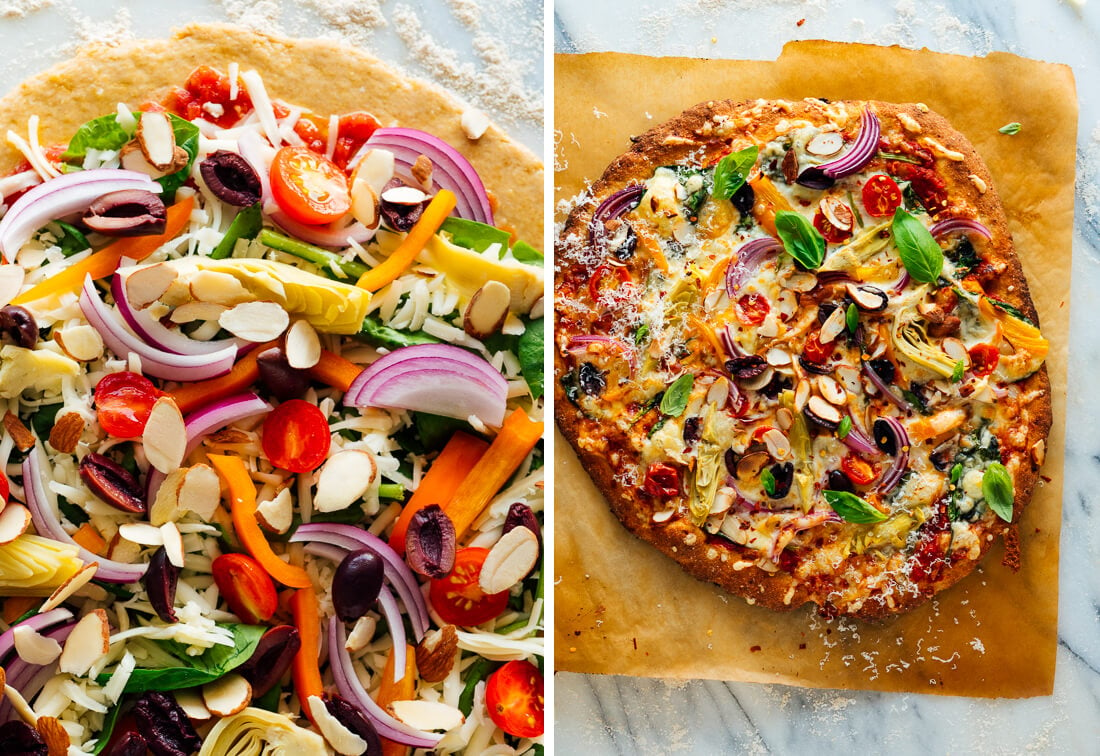 This pizza starts with a base of my whole wheat pizza dough. As an alternative, use one pound of store-bought pizza dough, which you can divide by two to follow my recipe exactly (or just make one large pizza—that also works with store-bought dough).

Then we’ll add the following. This recipe is truly very flexible—you can skip any of them if you don’t like ’em or don’t have ’em. Use more of one for less of another. Easy!

You have a few options here. You can use my go-to pizza sauce recipe, which is currently only available in my cookbook, Love Real Food (page 168). Or, use your favorite marinara sauce, homemade or store-bought.

Layer some fresh spinach between the pizza sauce and mozzarella to sneak in some greens.

I love part-skim mozzarella here because it turns more golden and bubbly than fresh mozzarella.

Canned or jarred marinated artichoke is an easy addition here. I sliced my jarred quartered artichokes in half again to make bite-sized wedges.

Fresh bell pepper becomes nice and tender during the pizza’s short stint in a high-heat oven.

Red onion mellows significantly in the oven, but you omit it for sensitive palates.

I particularly love Kalamata olives, which become a little shriveled and condensed in flavor.

Ever had sliced almonds on your pizza? It’s a trick I’ve learned from a couple of local pizzerias. The almonds offer some toasty flavor and crunch. I’ve heard from some readers who really love this addition, and a few who don’t—it’s up to you!

Hot from the oven, I like to top this veggie pizza with red pepper flakes, fresh basil leaves and finely grated Parmesan.

Please let me know how your pizza turns out in the comments! I love hearing from you. 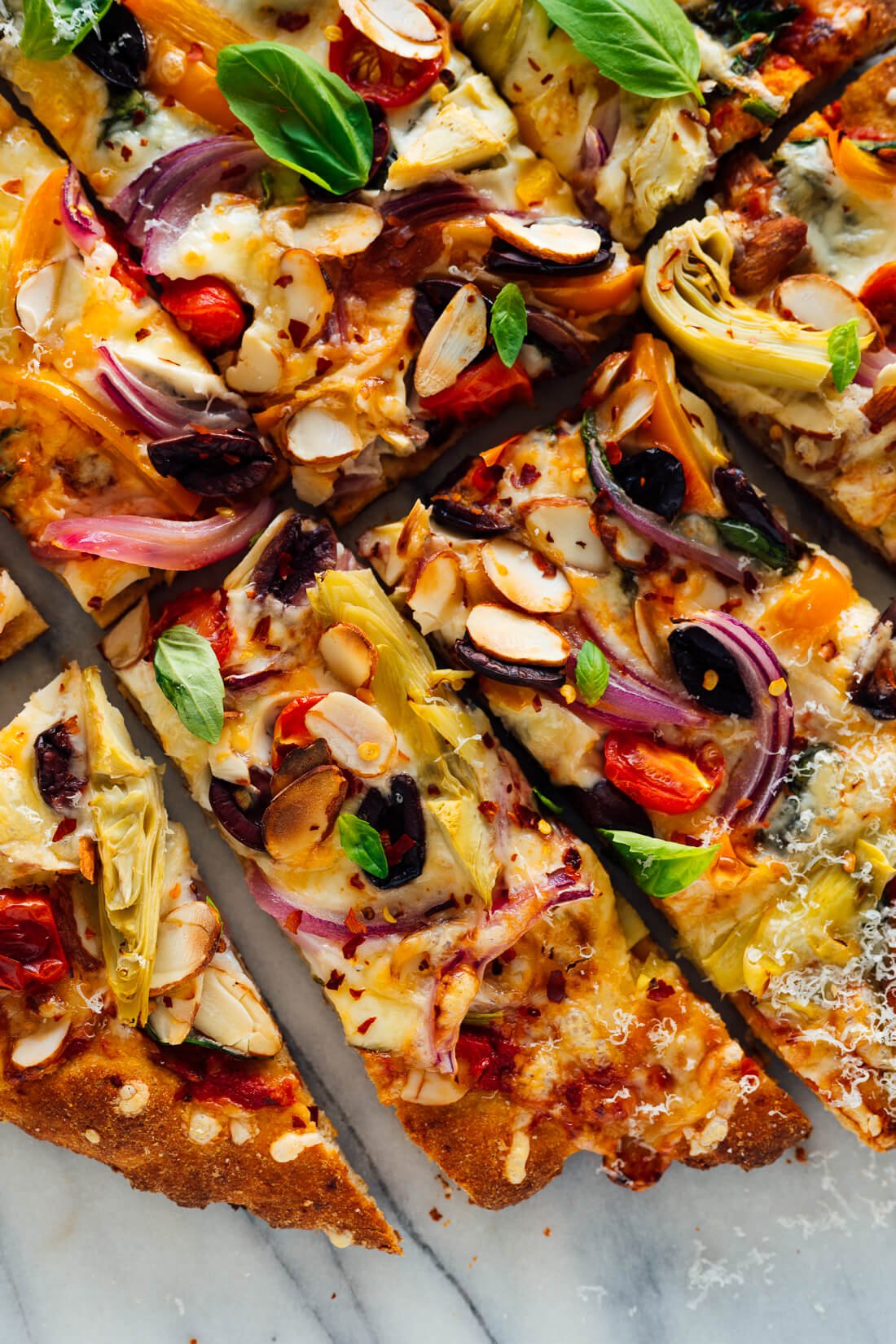 Change it up: On top of the mozzarella, use any combination of the suggested toppings (up to 3 cups t0tal). The spinach and almonds are not essential.

The information shown is an estimate provided by an online nutrition calculator. It should not be considered a substitute for a professional nutritionist’s advice.
[ad_2]

From the Caribbean to your dining room: Coconut rice

Which Chicken Recipe Do You Prefer: Fried Chicken or Chicken Soup?