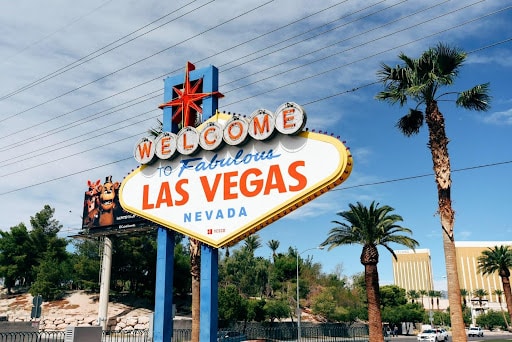 Perhaps the city’s famous gambling industry is the first thing that comes to mind when you hear the words “Las Vegas.” Because of its many casinos, Las Vegas is often called “the world’s gambling capital.” However, you can’t assess Las Vegas fairly if you only consider one perspective. You may do many different things, including trying iconic dishes in Las Vegas. You can find various restaurants, each serving a dish that has become synonymous with the establishment. We’ve compiled a list of the top 10 Las Vegas dishes so you can plan your trip accordingly.

It’s not that nasty of corn! Dirt Dog’s take on Mexican street corn is a must-try if you’ve sampled enough burgers and hot dogs in Sin City. It’s a popular street snack in Las Vegas, and many visitors enjoy it. The combination of grilled corn, lime mayonnaise, Hot Cheetos, melted cheese, and cilantro is irresistible. Imagine your delicious, crunchiest dreams coming true because that is precisely what you have here. It may even inspire you to start your food truck! When you are out and about exploring, you absolutely must stop for a Dirty Corn.

Steak fajitas, made with marinated skirt steak and grilled, are a classic Tex-Mex dish. Fajitas, a staple of Tex-Mex cuisine, first appeared in print in 1975, when they were still a relatively obscure dish. Now they are among the most iconic dishes in Las Vegas.
The word “fajita” comes from the Spanish word “faja,” which means “girdle” or “strip,” alluding to the inexpensive cut of beef that covers the diaphragm and is often looked down upon in Latin American countries. Tenderized by pounding and marinating in lime juice, skirt steak was traditionally cooked over an open fire and served in a wheat tortilla with a variety of sauces by Mexican ranch laborers in the 1940s.

Pull out the enormous steak knife that’s been keeping the tower together, and then you’ll have a better idea of what’s happening. Two enormous pieces of fried chicken, four waffles with bacon baked into them, and a mountain of fried leeks will tumble onto the platter. This meal from Hash House A Go Go doesn’t skimp on the extras- they top it all off with maple syrup.

A sumptuous steak is a Las Vegas must. And we’ve got the perfect spot for you! Our friends at Triple 7 Movers Las Vegas say this is the place to go after your move to Vegas! Stop into Smith & Wollensky with your gang and order the Snake River Farms Swinging Tomahawk Ribeye. It’s served “swinging” in homage to the old-school butchery practice. This dry-aged American wagyu steak is 44 ounces and is blackened and cut at the table. It’s a lunch that will stand out in your mind as the best of your trip because of its exceptional taste and original presentation.

Fieri’s loaded chips appear the same as any other restaurant’s on paper. What makes them unique, though, is the approach they take. The wait staff brings them in a little metal container. Pulling it up slowly releases a mountain of corn tortilla chips covered in pulled pork, cheese sauce, jalapenos, crema, pico de gallo, and barbecue sauce. However, if you want to preserve wellness and a healthy weight, don’t go overboard! These chips are delicious but heavy on condiments.

This 24-layer Las Vegas specialty is a staple at the Strip House. This place is one of the best spots in the city, at the top of the list of the best restaurants in LV! And it’s got the biggest cake we’ve heard of! The entire cake weighs over 18 pounds, and each serving weighs around 3 pounds. The daily calorie limit has been broken with this dish. However, if you’re a chocoholic who enjoys a good challenge, this sweet treat is for you.

It’s a toss-up as to which of Nobu Matsuhisa’s hallmark dishes to get when dining at Nobu. This jalapeno yellowtail sashimi is served with a garlic puree, thinly sliced serrano pepper, yuzu-soy sauce, and cilantro. The fragrant yuzu blends with the soy to bring out the sweetness of the light yellowtail, while the pepper adds a flash of spice. Alaskan cod, a fattier kind from cold water, is used to make the black cod yuzu miso, and it is cured at Den Miso. Finally, pickled ginger sprouts, or hajikami, are sprinkled on top. Talk about interesting marinades! This is definitely one of the most iconic dishes in Las Vegas that you can’t miss.

Delmonico Steakhouse is a reimagining of the traditional American steakhouse by master chef Emeril Lagasse. And what could be better than Emeril’s most popular dessert, banana cream pie, to end a meal of succulent steak? The pie has an unusual custard filling, caramel sauce, chocolate shavings, and whipped cream on top of three pounds of bananas. That’s 11 entire bananas!

This is a new and improved version of the classic Mac and Cheese that will blow your mind. Since the Peruvian corn kernels serve as the “noodles” in this mac and cheese, the meal is both crunchy and creamy despite the lack of ordinary corn. They’re cooked into a gratin with hearts of palm and spinach, which makes them extra delicious.

Cooked prawns are the main ingredient in shrimp or prawn cocktails, which usually come in a glass with cocktail sauce. Ketchup and horseradish or ketchup and mayonnaise are common components of cocktail sauce. To some, it may sound off-putting. Nevertheless, it’s an absolute classic in Vegas.

We hope our list of the 10 most iconic dishes in Las Vegas has helped you plan your trip better. You can find many of the state’s best restaurants here, making it a great destination for foodies.

5 Delicious Ways To Incorporate Vegetables into Your Diet

Why you should create Food Delivery App for your Restaurant