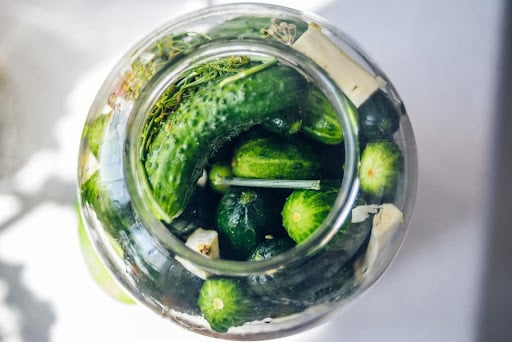 Everything You Need to Know About Pickles – The Pickling Process, the Types, and More

If you’re planning to sell a whole variety of pickle products to your consumer – whether you are planning to include it in your menu or you would like to repack and redistribute it – it pays to know as much as you can about it. Granted, (almost) everyone loves pickles, but did you know that there are different varieties, such as the famous dill pickles, but there are also gherkins, bread and butter pickles, and more? And almost any vegetable can be pickled – be it silverskin onions, beetroot, carrots, red cabbage, and even bean sprouts. There’s just something about the flavour and taste of a pickle that has made it an iconic part of our diet, and if you want to know how it is made and what different kinds are out there, here’s everything you need to know about pickles – the pickling process, the types, and more.

The general info and the pickling process

We all have a general idea of how pickles are made, and almost anything can readily be pickled. Pickling would describe the process of fermentation, and nearly all vegetables can be pickled. In Asia, pickling is common, but it is also common in other parts of the globe. We will be discussing the ‘traditional’ pickle made of brine and cucumbers.

Pickles can be done in three ways: fresh packing, refrigeration, and processing. All these methods can achieve the same objective, that of pickling. But they all have different processes and strategies, which usually involve the brine amount and the time it takes to pickle. Aside from this, as the cucumbers ferment, various combinations of spices, herbs, and other essential ingredients are added into the mix to achieve the preferred texture and taste. As a result, you have the pickle – born from hundreds of trial and error procedures.

The types of pickles

When we think of pickles, such as wholesale pickles from EE & Brian Smith, we often think of dill pickles. It is the most popular type of pickle, of course, and the pickles benefit from the addition of dill – which has a distinctive taste in itself. But amongst the dill pickles, the kosher dill is the most popular, and although they have the same name as the Jewish laws for diet and nutrition, this doesn’t mean that they are made following the same – the term refers to the addition of garlic to the mix.

To be honest, this isn’t a pickle variety as much as a designation. What do we mean by this? Let’s illustrate. Pickles start their lives as cucumbers, and sour pickles are just the same. The fresh cucumber is placed in brine, where they begin to ferment. Of course, the longer time the pickle is left, the sourer it becomes. It is why it’s called a sour pickle – which means that it has brined or was left to brine for a while. Conversely, there is also something called a half-sour pickle, which means that it was left in brine for only half the time, which makes it more crunchy and more colourful.

Gherkins are famous in the UK, and for good reason. They are, after all, much more fun to consume, and these pickles (sometimes referred to as baby pickles) are a few inches in length and show off the typical bumpy, uneven skin. They have a distinct crunch, though, and their small size makes them extra crunchy.

The gherkin world is in a class of its own, with a whole variety that includes everything from sweet gherkins to cornichons, the French version of the gherkin with a tart flavour which it gets from tarragon, which is added as it ferments.

These bread and butter pickles are usually sliced thinly and sometimes in a crinkle-cut, and we all know them for being a staple in a burger. However, they have a unique flavour as they are also a little sweet, and this comes from the vinegar, onions, sugar, and red plus green peppers found in every batch.

Hungarian pickles offer a unique spin on the process of brining, as fresh cukes are placed in a jar with salt, water, spices, and bread. Since there is no vinegar, it’s the bread that does the trick. The jar is set under the sun while the fermentation process is underway, and after a few days, the bread’s yeast breaks everything down. Although these pickles are not commonly seen, they have quickly gained a following.

On the heels of Hungarian pickles come German or Polish pickles, and this is entirely different because instead of using jars made of glass to store the pickles, they use barrels made of wood, and the pickles take a long time fermenting, thus achieving another distinct pickle which uses less salt and fewer spices.

Whichever type of pickle you go for, its irresistible, tangy flavour indeed makes it a favourite. Make sure your pickles are sourced from a good supplier. Enjoy!

5 Special Benefits of Eating at a Restaurant