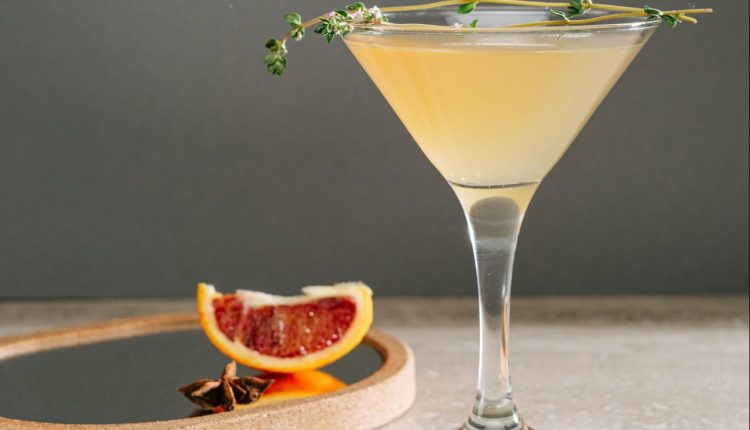 Have you ever tried an IPA cocktail? While it might sound like an odd combination, the result will make this one of your favorite recipes.

India Pale Ale (IPA) came about almost by accident. Its great taste can be attributed to people trying to conserve the quality of the beer while at sea. In just six months, what was formerly regular beer brewed a different way with added hops became the traditional IPA with the delicious taste it’s known for.

Where Should You Start?

The rich history of IPAs proves they’re unlike any other drink. IPAs have been around since the 18th century, and although hazy IPAs showed up more recently, they’re just as notable. In addition to being visually appealing, the haziness of some IPAs makes a drink juicer and more flavorful, perfect for pairing it with food or drinking it alone. Even people who aren’t fond of beer may find themselves enjoying the right IPA.

Beer has always been used in various ways, so including it in a cocktail is an exciting venture you could undertake to please anyone with even the pickiest taste buds. Utilizing the richness of an IPA with other types of alcohol can create a cocktail that will pack a punch.

The name “Stormy IPA Cocktail” might make you think of another mixed drink — the Dark ‘n’ Stormy, made with the Gosling Brothers’ dark rum. While this recipe may yield a glass that looks different from what you expect, it still has a stormy element that calls to mind the brilliance of the hazy IPA.

When creating this recipe, keep in mind that less ice is better. You can use as much as you want, but less ice means your drink is less likely to be watered down. Since your ingredients should already be at least slightly chilled, you shouldn’t have to worry about your drink being room temperature.

If you haven’t yet mastered the art of the hazy IPA, consider starting your journey and testing your skills by making this delicious Stormy IPA Cocktail that brings the best of two worlds together in one glass.

What Should You Include in Your Stormy IPA Cocktail?

The ingredients listed here will yield two servings of this intriguing cocktail. You can experiment with different amounts of ingredients to your liking, but remember to keep the balance between them steady so you don’t overpower the real star of the recipe: the IPA.

You’ll need to juice half a lime for this recipe. Fresh limes work the best, but consider using prepackaged lime juice instead if you can’t acquire them.

The lime slices are purely garnishing for when you’ve assembled the rest of the drink. It goes well with the lime juice, but feel free to change the garnish if you’d prefer something else.

Less is more when it comes to the dark rum component of this recipe. You only need 3 oz of dark rum to give this cocktail a kick.

Make sure your ginger beer is cold before adding it to the cocktail. You’ll need 12 oz of it to help give your cocktail a stormy appearance.

5. An IPA of Your Choice

When deciding which IPA to use, consider a local brewer. The flavor of IPA is up to you. Choose anything that you think will add some zing to the recipe. You’ll need 12 oz for these two cocktails. Make sure it’s cold.

How Do You Make a Stormy IPA Cocktail?

The best part of this recipe is that it takes only around five minutes to make two cocktails. If you’re making them for a large group, you won’t spend too much time working on them. Once you understand the flow, you’ll be finishing these unique cocktails in no time.

1. Set Up the Glasses

You’ll need two glasses for each recipe. Go ahead and put the ice cubes in. Whether you want to add many or just a few is up to your discretion.

You’ll be adding the stormy element of this cocktail first. Make sure to divide the ginger beer equally between the two glasses.

3. Pour the IPA of Your Choice

Next, add the IPA you’ve chosen to your cocktail. As with the ginger beer, make sure to add all 12 oz at once, distributed evenly between the two glasses.

4. Fill a Cocktail Shaker With Ice

For this next step, you must ready your shaker. This ice won’t go into either of the drinks, but it helps to chill the ingredients that likely weren’t cold beforehand.

5. Pour Half of the Rum and Lime Juice into the Shaker

You’ll only use half for this step because each of these concoctions must be poured into the glasses separately. This half will go directly into the first glass.

Shake the mixture well. About five shakes should be enough to mix both ingredients and sufficiently chill them.

7. Strain Over the Glass

Now, strain the mixture into one of the glasses. You’ll repeat step five after you empty your shaker. Once that’s done, you’ve got two Stormy IPA Cocktails to show off.

Show Off Your Skills With This Cocktail

An IPA cocktail is an exciting drink. With an added stormy element, you’ll find that this mixture tastes excellent and includes the hype of hazy IPAs. With enough practice, you’ll be mixing new ingredients into this recipe and create a cocktail that’s entirely yours.

9 Natural Ways to Improve Your Memory

9 mocktails that will make your camping trip unforgettable

5 Foods and Drinks That Pair Well With Yuzu

6 Uncommon Cocktails to Add to Your Repertoire