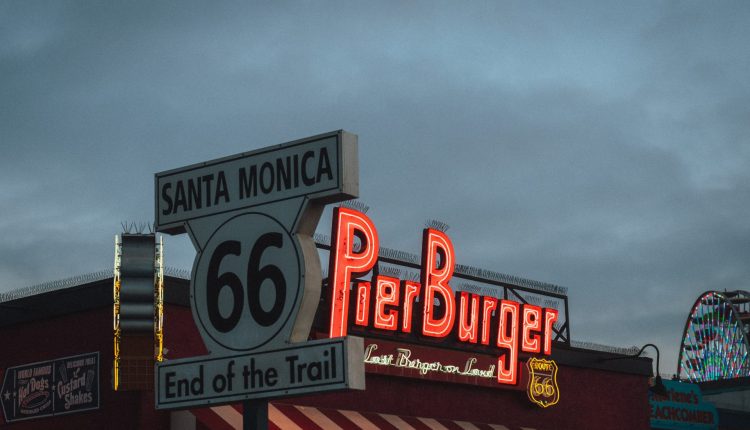 What Are the Best Food Destinations in the US?

People often use the term “melting pot” to describe the United State’s cultural diversity, but the U.S.A. is also a melting pot of cuisine. Foodies can find new flavors in every state they pass through, if they know where to look. Here are the best U.S. destinations for food that you should try on your next road trip.

So many “best US food destinations” lists feature the same megacities that everyone knows, like New York, Los Angeles, Chicago, etc. It’s easy to put those cities at the top because of their variety, but we took a different approach and focused on cities that provide the same amazing cuisine but don’t get as much attention as the big guys.

The Big Easy has a reputation as the best food city in the South, and that’s saying something. Its hometown Cajun and Creole dishes always surprise newcomers, and the locals have perfected the art of soul food. Hearty pork and bean dishes with potent Southern seasonings will make your mouth (and eyes) water. New Orleans’ main attraction, Bourbon Street, also has a wide variety of food options for tourists and locals alike.

We travel up north to find a budding food scene in an unlikely place: Buffalo, NY. New York’s Queen City has a solid reputation among foodies for inventing buffalo chicken wings, but the town has since broadened its horizons. You can now find restaurants with a plethora of creative steaks and burgers, and each pub has something unique to offer. Simply put, Buffalo has quintessential American food that warms the stomach and lightens the heart.

Nashville has become a cultural hub of the Appalachian region in recent years, and food is one of the main reasons. It has the same Southern flair as New Orleans and Charleston, but adds spicy barbeque (Hot Chicken is a popular spot) and international fusion cuisine to the mix as well. Nashville also has an active bar scene with local distilleries and live music on almost every corner, hence the nickname “Music City.” You won’t find this dining experience anywhere else.

Louisville sits less than three hours away from Nashville, but the food scene looks quite different. A group of locally-owned restaurants called the Louisville Originals controls the restaurant scene with various menu options, both classy and hearty. Sullivan University is a prominent culinary school that gives the city a steady flow of talented chefs. Bourbon is also a staple of King Louis XVI’s namesake city, with whiskey-infused entrees, desserts and sauces all over the place.

We also want to shed light on some hidden gems across the country. These locations don’t have the glitz and glamor of the previous cities, but they have the same enthusiasm for the culinary arts. Give these small U.S. food destinations a look!

Sonoma is the forgotten food haven of California, hiding in the shadows of LA, San Francisco, San Diego and Napa Valley. Its many diners provide some of the best homemade American and Italian food in the state, while small delis and cafes have delicious low-budget options. Like most of central California, Sonoma also has an abundance of vineyards and wineries to choose from. If you want a break from Cali’s hustle and bustle, stroll over to Sonoma for a quiet meal.

While much of the American midwest prides itself on traditional meat and potatoes cuisine, Sioux Falls is a little more imaginative. Along with American food, it has a surprisingly active Mediterranean scene. The town also supports many bakeries specializing in pastries, ice cream and other desserts. You can also find seafood cuisine in its more upscale restaurants. That’s a surprising amount of variety for such a geographically isolated area.

The first New England spot on the list, Portsmouth has all the food you want in a quiet seaport town. The Market Square has rows of restaurants, boutiques, pubs and cafes. The town has a healthy amount of variety, with influences from Spanish, Asian and even North African cuisine. However, seafood remains the staple. You can always find fresh fish in Portsmouth, no matter the time or season.

This town in Washington was known as a simple agricultural community with a catchy name for many years, then its first vineyard in 1977 sparked a change. Ever since, Italian and French cuisine has blossomed in Walla Walla and created a wholly unique food destination. You can stroll the streets and find wineries, cheese shops and hush-hush dinners, while local farmer’s markets and gourmet grocery stores provide fresh food in abundance.

Lastly, we travel to northern Michigan to find a growing food haven in Traverse City. This small town is best known for its National Cherry Festival, as its moderate climate on the shores of Lake Michigan makes it the perfect spot for vineyards, orchards, farms and forests with many berries. The locals mix cherries with just about anything, including barbeque, wine and even butter. Traverse City also has an admirable farm-to-table culture, as restaurants use fresh ingredients from local producers.

Add a New Food Destination to Your Bucket List

The United States is a fantastic place for food destinations. There’s always a new city, new restaurant and new food to try. Add one (or all) of these locations to your bucket list to get a full taste of everything this country has to offer!

Learn About This: One Tropical Loophole That Dissolves 2½ lbs In 24 Hours

Eating in Your Car? Avoid a Mess With These 7 Tips