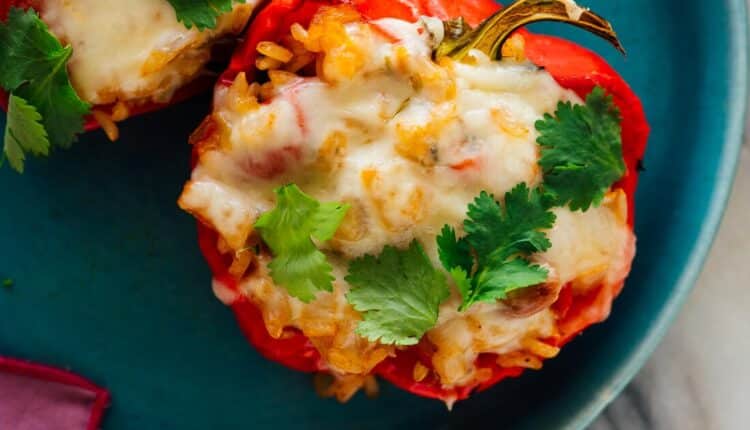 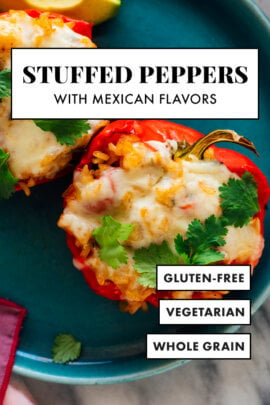 These stuffed peppers aren’t the kind your mom made. They’re meatless and loaded with fresh flavor. They’re cheesy as shown, yes, but the cheese is actually non-essential. You can easily make these peppers dairy free or vegan.

I was inspired to incorporate some of my favorite Mexican ingredients, including pinto beans, cherry tomatoes, cilantro, lime, chili powder and cumin. The filling is so tasty, I could eat it as a side dish! These peppers are somewhat time consuming, but each element is simple to make.

The trick to making great stuffed peppers is to slice the peppers in half from the stem end down through the base. Then, pre-roast the halves until they’re tender and a bit caramelized at the sliced edges. This way, their flavor is condensed and their texture is just right—not too crisp, but not falling apart.

Please do yourself a favor and cook extra brown rice while you’re at it. Then, you’ll be one step closer to dinner tomorrow night—say, Extra Veggie Fried Rice or any of these rice-based dishes. High five! 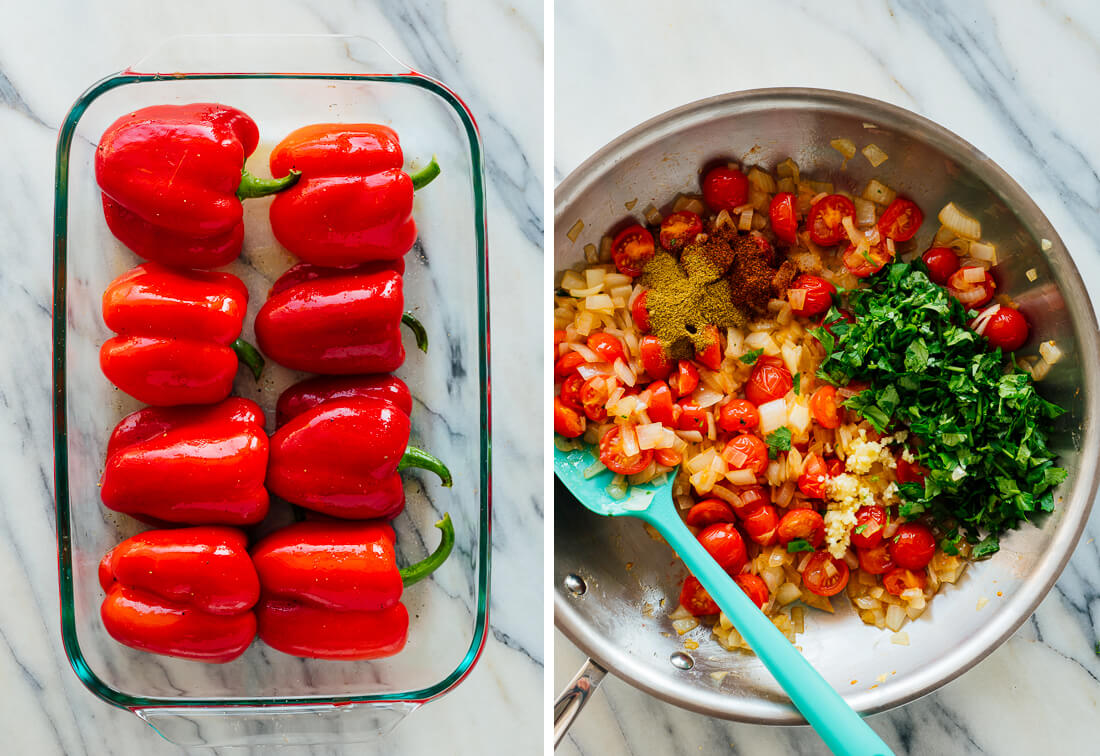 How to Make Stuffed Peppers

You’ll find the full recipe below, but here’s the gist:

These peppers are a great meal to prepare in advance. You can get a head start by cooking the rice and prepping the peppers. Or assemble them completely, then cover and refrigerate for later. This would be a great dish to drop off at a friend’s house with baking instructions (about 12 to 15 minutes at 425 degrees Fahrenheit). 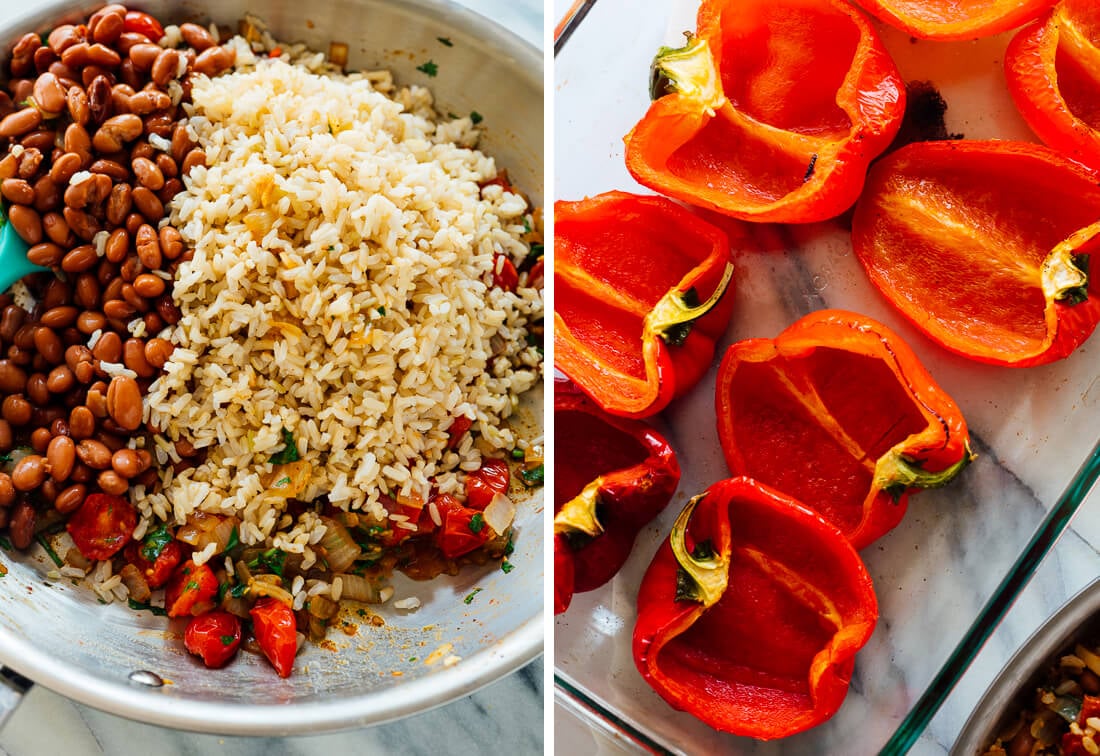 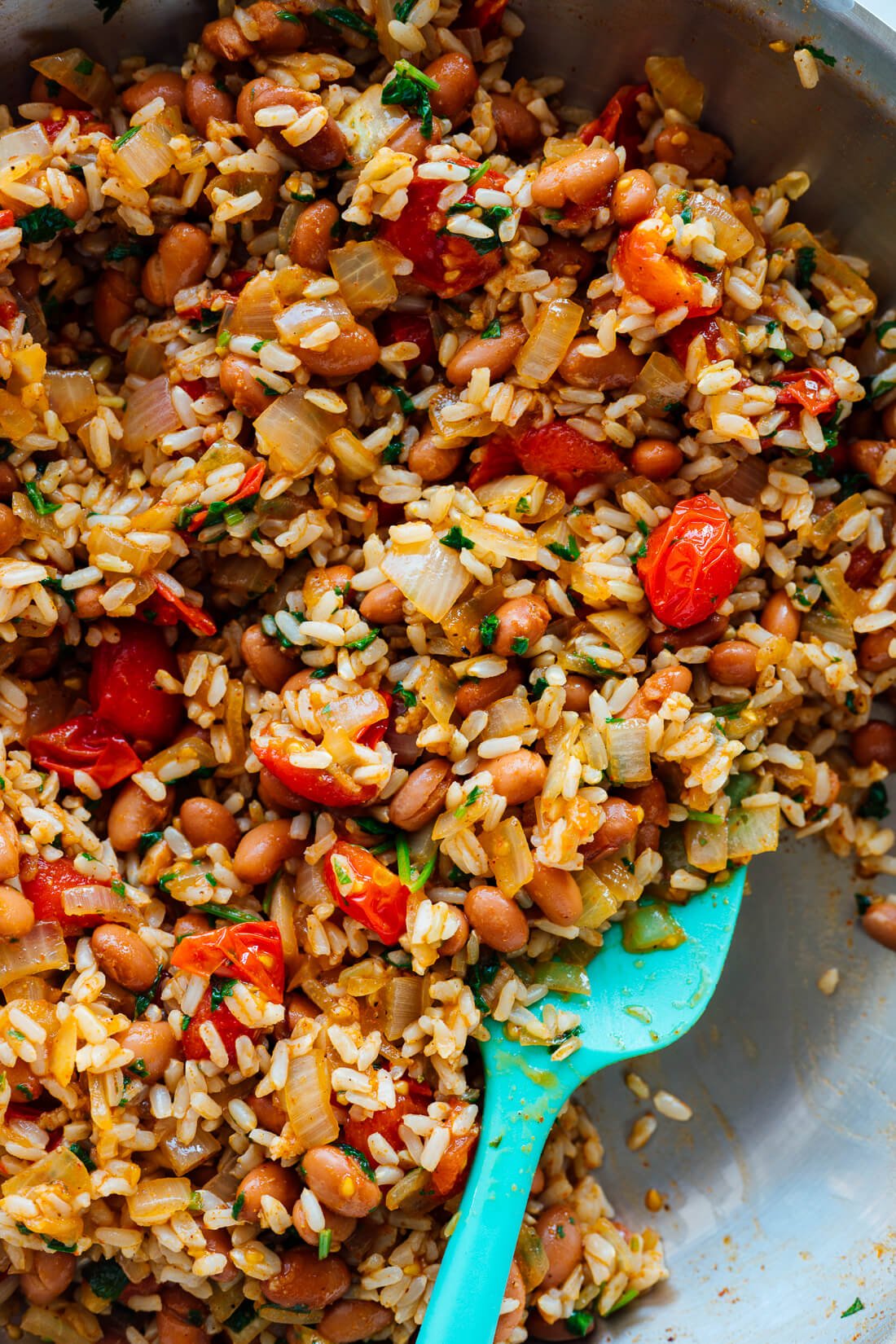 These stuffed peppers are a balanced meal in their own right, featuring whole grains, veggies and beans for additional protein and fiber. Here are a few side dishes that would complement the meal: 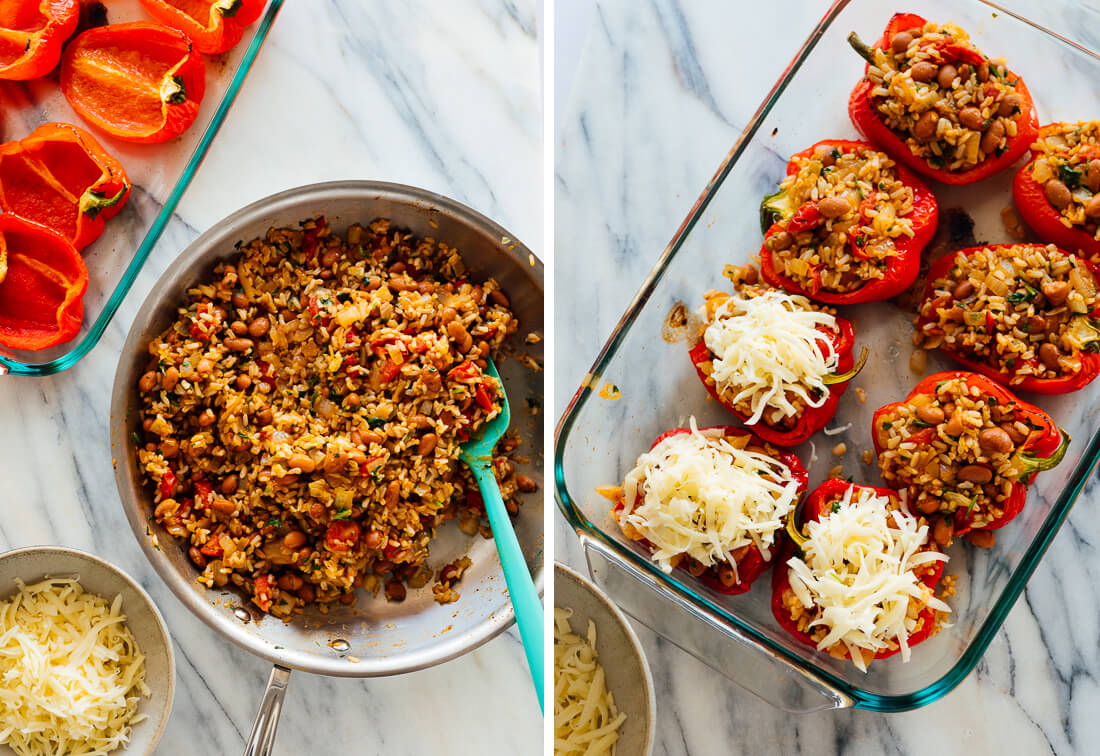 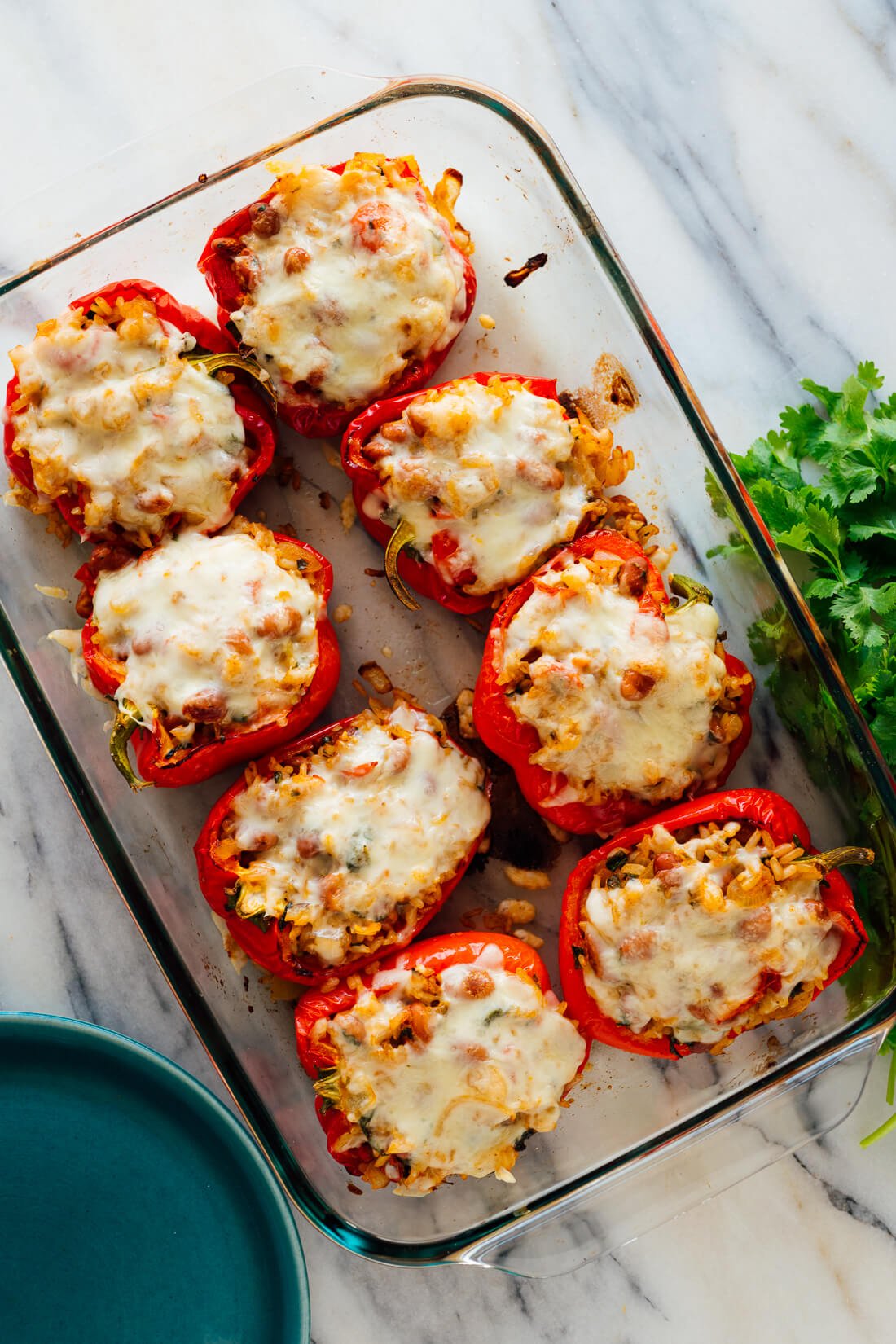 If you enjoy these stuffed peppers, you’ll also appreciate these recipes:

Please let me know how your stuffed peppers turn out in the comments! I love hearing from you. 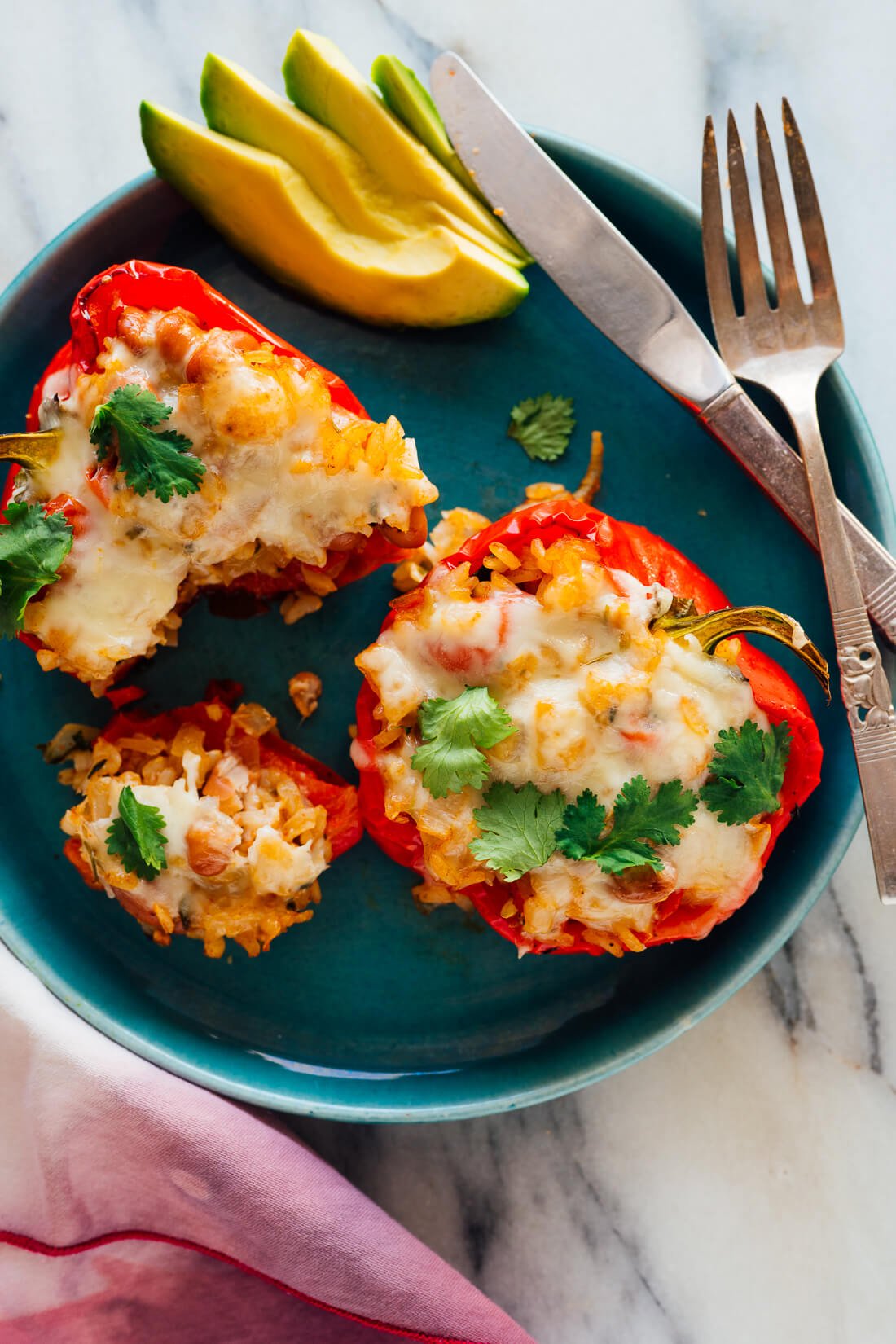 Make it dairy free/vegan: Omit the cheese, and cover the baking dish during its final stint in the oven. I recommend topping the finished peppers with something creamy or saucy, like guacamole, cilantro-hemp pesto or vegan sour cream.

Prepare in advance: This dish is a bit time consuming, though it’s not difficult. You could make the rice in advance, and/or prep the peppers so they are ready to pop in the oven later. You could even assemble the peppers completely and refrigerate, covered, until you’re ready to bake (they will likely need a few extra minutes in the oven to warm through).

The information shown is an estimate provided by an online nutrition calculator. It should not be considered a substitute for a professional nutritionist’s advice.
[ad_2]

From the Caribbean to your dining room: Coconut rice

Private: Why not try these pearl couscous recipes at home?