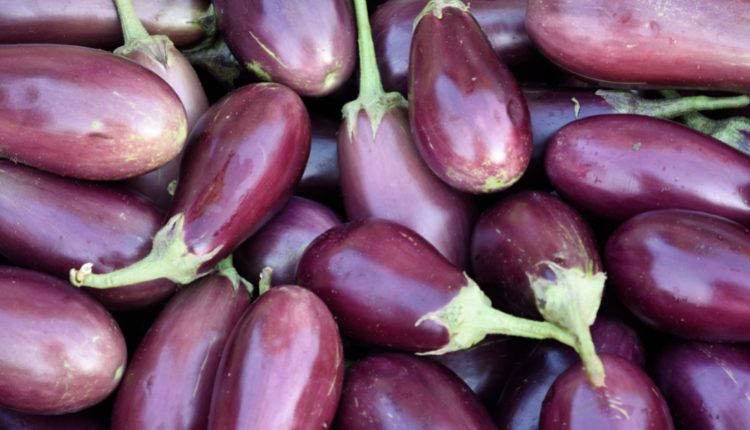 The eggplant: a versatile vegetable—or fruit?

Eggplants are not only those vegetables that you can find in the market and whose purple color some people like and some dislike, or whose elongated shape has inspired jokes, and even an emoji used with mischievous sense in messaging apps.

They are also a food that, well-prepared, is frankly delicious, either as a side dish or as a main course. Let’s get to know a little more about eggplants and some options they give you for your meals.

Some curious facts about eggplants

First of all, you should know that the eggplant, although it is eaten in savory dishes, is a fruit, just like the tomato. Certainly, as a botanical species, it is related to the tomato, the potato and the bell pepper.

Grown in many parts of the world, the eggplant is native to Southeast Asia, more specifically to the region between India and China. Today, these two nations are the main producers and consumers.

The eggplant arrived in Europe in the Middle Ages, but was little used as food, because some toxic varieties were known then, which generated much distrust towards the fruit. Over time, more edible varieties appeared, and were improved through selective cultivation, so that today it is a totally safe and welcome food in most kitchens.

Eggplants can be eaten roasted, baked, grilled, fried and preserved. For many people, the most delicious way to cook them is stuffing them.

Stuffed eggplants can be diverse dishes, and one of the most versatile fillings is rice: depending on how it is prepared, it can please those who prefer vegetarian or vegan food as well as meat lovers. An excellent recipe for preparing eggplant stuffed with rice can be found at https://minuterice.com/recipes/rice-stuffed-eggplant-parmesan/.

It is not recommended to eat boiled or lightly roasted eggplants, because, prepared in this way, they do not taste very good. Some varieties have a somewhat bitter or spicy taste, so many cooks prefer to do a previous process called dégorger (‘disgorge, purge’ in French) to soften the bitterness or spiciness.

To dégorger an eggplant, proceed as follows:

Now, the eggplant is ready to prepare the dish of the day.

This process extracts the part of the eggplant juice where the bitter or spicy substances are concentrated. It is also advisable to do this with other “savory” fruits that may be somewhat bitter, such as certain varieties of zucchini and cucumbers.

Nevertheless, many cooks consider this process unnecessary, for most of eggplants offered in food markets today lack practically any bitterness.

How to saturate eggplants

Eggplant flesh is very spongy, and very apt to absorb liquids and flavors. Therefore, if you prefer to fry eggplants, it is advisable to saturate them with salted water.

To saturate an eggplant proceed as follows:

In this way, the eggplant pulp will be saturated with water and, when frying, will absorb less oil.

Other tips for preparing eggplants

The skin of eggplants, as well as the core of the fruit, concentrates the bitter or pungent substances. Some people like this spicy taste, some do not. If you are one of those who do not, remove the skin from the fruit before cooking. However, as said above, many cooks consider it unnecessary to peel most of the varieties sold today in Europe and America.

Stems and leaves are usually quite bitter, so they should be removed completely.

The pulp oxidizes easily, turning brown or blackish in a short time. This does not really affect the flavor, but it can make the pulp look bad. If this is not wanted, the eggplant should be salted or saturated with salted water, or cooked right away.

In the past, eggplants were also grown as ornamental plants, so toxic varieties were not uncommon. Today, eggplants sold in food markets are completely safe for human consumption. These eggplants could be eaten raw without causing health problems. However, as you may not like the taste of raw eggplant, it is always a better idea to cook it.

Of course, as can happen with other kinds of food, there are people who are sensitive or allergic to the particular natural chemicals contained in eggplants, and therefore they should avoid eating this and other plants of the Solanaceae family.

Are eggplant and aubergine the same?

Leaving aside the specialized nomenclature used by growers and botanists, we can say that eggplant and aubergine are synonyms. The name eggplant is more commonly used in America, while aubergine (from French) is preferred in the UK.

Why is it called ‘egg’-plant?

Nothing could be farther from an egg than the elongated appearance and deep purple, even blackish, color of the eggplants we usually buy in vegetable markets. So why are the plant and its fruit called ‘egg’-plant? The explanation is simple: in the past, among the best-known varieties there was one that bore round, white fruits. These, indeed, looked like eggs. The round, white variety still exists, and there are others with yellow, red, or marbled skins.