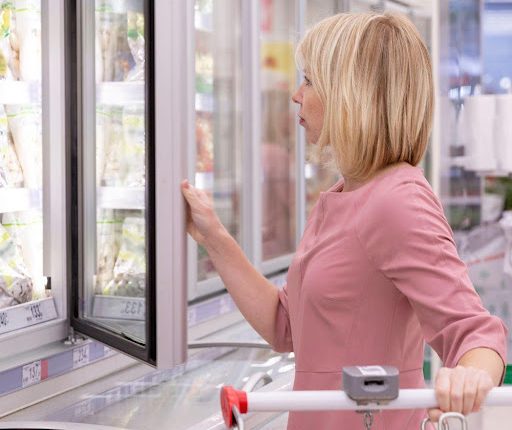 The Benefits of Buying Frozen Foods Instead of Fresh

You may have grown up believing that fresh foods are always superior to frozen foods in every way. However, that’s not necessarily always the case!

Many people hesitate to stock up on frozen foods like meat and vegetables, opting instead for their fresh counterparts. The common belief is that frozen food is somehow less nutritious and tasty than fresh. However, there are multiple benefits to buying frozen foods instead of fresh foods! Learn more about how frozen foods can be a great boon to your kitchen.

In decades past, the flavor of frozen foods was thought to be compromised due to multiple freezing and thawing cycles. Because water expands when it’s frozen, the cell walls in foods like fruits and vegetables would rupture, causing some flavor and texture to be lost. However, that loss is negligible these days due to advancements in preservation technology and quicker freezing times.

The University of Georgia conducted a two-year study comparing the nutrient profiles of fresh foods and their frozen counterparts. The results demonstrated that frozen foods retain just as much, if not more, of their nutrition in comparison to fresh foods.

With fresh foods, you’re in a race against the clock to eat or preserve them before they go bad. Stock some of your favorite foods in the freezer, though, and you’ll reap their nutritional benefits for months.

Progress in food technology over the years has made effective freezing easier than ever. Many gourmet meat and seafood companies flash-freeze their meat products to preserve the freshest possible texture. Meanwhile, the “fresh” fish at your supermarket, for example, were probably frozen, too—then thawed, frozen, and thawed again. That’s one reason frozen fish is often better than fresh fish.

Get used to buying your food products frozen, and you’ll open yourself up to more culinary opportunities. You’re not limited to what’s in season or what’s available near you! Try doing more of your grocery shopping online to sample delicacies from all over. Whether it’s frozen seafood straight from Alaska or delicious Japanese Wagyu beef, the possibilities are endless when you buy frozen.

You probably didn’t realize that buying frozen food instead of fresh had so many benefits! Make room in your freezer for some of your favorite meals today, and don’t feel an ounce of guilt for giving the fresh produce aisle a pass.

Why Your Food Franchise Needs a Great Location

How to Make the Best Healthy Desserts