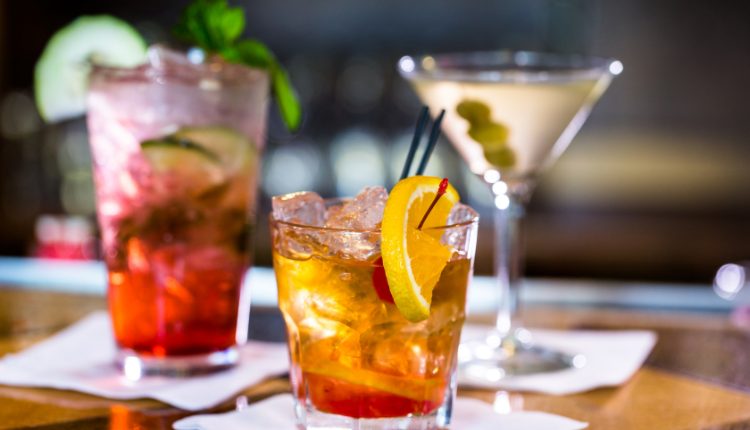 Whether at the bar or home, sometimes you want a drink that packs a punch. You may also want to get creative and try a new cocktail in your kitchen laboratory. If you’re looking for a new recipe to try, go for the Twin Glock 40’s cocktail.

How Do You Make a Twin Glock 40 Cocktail?

The Twin Glock 40 cocktail is straightforward, so you don’t need to be a seasoned bartender to get this one correct. All you need are 20-ounce cans of Budweiser and Smirnoff Ice. Take a cold can of each and pour them into a pint glass. Mix and drink it by itself or pour it on the rocks to chill it even more.

The flavor is up to you, so go for your favorite can of Smirnoff Ice. The original flavor tastes similar to Sprite with its lemon and lime flavors. The screwdriver and pink lemonade flavors are also worth a shot. Smirnoff Ice is a good beverage for those who want to drink alcohol but don’t want the overwhelming taste of liquor. It’s a flavored malt beverage, so its alcohol by volume is only 4.5% compared to the 40% for regular Smirnoff vodka bottles.

The other half of this drink comes from Budweiser, a pale lager from St. Louis, Missouri, as part of Anheuser-Busch. This beer is an inexpensive beverage you can find at most grocery stores and bars nationwide. Budweiser pairs well with the Smirnoff Ice because of its light flavor. The fruity flavor from the Smirnoff Ice is the star of the show, so the Bud hides in the background with its herbal, crisp taste that’s smooth and not bitter.

If you’ve never tasted Budweiser before, you’ve likely heard of it through the years because of its strong marketing campaigns. You may recall commercials with Clydesdale horses and frogs. If you’ve watched American motorsports for an hour, you’ve likely seen a Budweiser advertisement on a sign, a car or a commercial. Dale Earnhardt Jr., Kevin Harvick and Kasey Kahne are some names who’ve worn the Budweiser logo.

How Did the Cocktail Get Its Name?

The cocktail’s name derives from the firearm called the Glock. Gaston Glock — an Austrian engineer — invented this pistol in 1982 and it’s been a popular gun ever since. Glock is still around today, as he just turned 93 in July. He created the handgun to hold 17 rounds instead of six, as typical pistols at the time had. The original model was called the Glock 17 because of its round capacity.

Fast forward to 1988 and the Glock became popular in the United States, most notably in cities like Miami. American police officers came to like the handgun because of its lightweight frame made from polymer instead of steel. Glocks can withstand a lot of wear and tear and last in harsh weather environments.

The Glock 40 came around 1990. Glock and other firearms manufacturers debuted the weapon. Since then, it’s become a staple for firearm enthusiasts worldwide. You may see references to the handgun in pop culture. For example, in the song “Rollout,” Ludacris says he has twin Glock 40s cocked back. The gun packs a punch, just like the cocktail. Give it a try if you want an easy drink to create at home.

What Are Other Firearm-Inspired Cocktails?

When you make cocktails, half the fun is drinking a beverage with a history behind it. Maybe it came from a movie or TV show. How many fans of “The Big Lebowski” have consumed white Russians because of the film? Here are some other firearm cocktails you may want to try.

The French 75 was the drink of choice in “Casablanca,” which turns 80 years old in 2023. The name comes from an artillery cannon used in World War I. The Canon de 75 Modèle became helpful for attacking enemies in the trenches and aircraft during The Great War. In “Casablanca,” the French 75 is a cocktail Rick serves in his cafe and it contains gin, lemon juice, sugar syrup and champagne.

If you’re a pistol lover, get out another cocktail glass. The loaded pistol cocktail combines mezcal and vermouth to make a sweet drink that still hits hard like the handgun. Other ingredients in this cocktail may include grapefruit bitters and Strega, an Italian liqueur. Some may know it as the witch’s liqueur because Strega means witch in Italian.

The gunfire cocktail comes from the British Army, who served it to low-ranking members around the 1890s. It contains one cup of hot black tea and a shot of rum. The objective of the drink was to give the soldiers a bit of courage before heading into battle. The British military gave it to American soldiers during the Korean War and some troops still have this beverage at Christmastime.

Cocktails are a fun way to unwind after a long day or week. Get creative in the kitchen and be your own bartender for the night. The Twin Glock 40 cocktail is easy to create, requiring two 20-ounce cans you mix in a pint glass — it can’t get much easier than that. Plus, it provides a tasty punch that’s not as strong as liquor-based drinks. This cocktail is one you can sip on and relax with.

CBD Flower Benefits for Your Health

9 mocktails that will make your camping trip unforgettable

5 Foods and Drinks That Pair Well With Yuzu

6 Uncommon Cocktails to Add to Your Repertoire