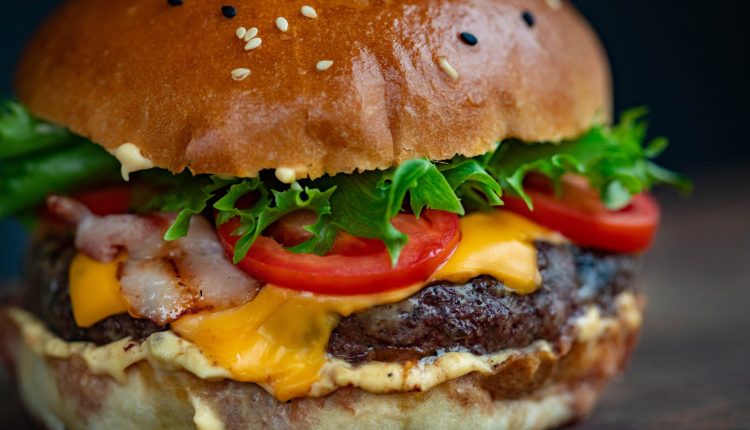 Some people may tell you there isn’t anything tastier than a juicy beef patty on a sesame bun topped with ketchup, mustard, lettuce, tomato, onion and cheese. Others would likely agree you haven’t lived until you’ve tried pizza in Chicago or New York or stopped by one of the many taquerias in Los Angeles.

The United States is probably most renowned for its fast, greasy, processed food. Currently, there are about 204,555 fast-food businesses scattered across the country — an industry that saw 3.5% growth in 2022.

Despite clusters of fast-food chains on every street corner, Americans have good taste. Of course, defining U.S. cuisine is difficult, especially since many foods are culturally inspired, regionally popular and essential to the nation’s traditional culinary experience.

Hamburgers and pizzas may seem straightforward enough, but Americans have a knack for leveling up recipes with unique ingredients and flavor combinations for unparalleled taste. Here are six delicious American delicacies every foodie should try.

Americans are legendary pie lovers. Put a slice of pumpkin, lemon meringue or cherry pie in front of someone and you’re bound to make a new friend — though nothing is as patriotic as apple pie.

Making apple pie tends to be highly personal, with people claiming theirs is the best homemade recipe. Some apple pies are more back-breaking than others, with various spices thrown into the fillings and toppings that include sugary crumbles, ice cream and whipped cream.

Apple pie is now a dessert staple in the U.S., but it was always widely popular in England. In fact, it probably wouldn’t be part of our culinary tradition if the pilgrims hadn’t come bearing apple seeds. The history of apple pie is rather fitting, seeing that the U.S. is a diverse melting pot of cultures and customs.

Fast food isn’t the best option if you’re counting calories — although McDonald’s did begin adding healthier menu items after the release of “Supersize Me” in 2004. You just have to resist the allure of a Big Mac.

The hamburger is one of the most versatile and easily accessible American delicacies you can find, from Burger King to Steak N’ Shake to Five Guys and everything in between. However, fine dining establishments and American households also boast hamburger recipes that can be dressed up with several different condiments.

For some people, a traditional beef burger with lettuce, tomato, onion and cheese is preferable, while gourmet toppings may include bacon, pickles, chipotle mayo, green chilies and avocado. Black beans, zucchini and different seasonings also add flavors and texture to the meat mixture.

Regardless of how simple or fancy you like your burger, a side order of french fries is a must.

New York City is a hub for some of the best food in the U.S. When people think of New York, Katz’s Deli pastrami sandwiches, Nathan’s hot dogs, diner coffee and Halal street food usually comes to mind.

Simplicity is often key when it comes to bagels. This particular food may not epitomize culinary refinement, but Americans love their bagels.

No one really knows what makes New York bagels superior to anywhere else, but some believe it’s the water. Top your bagel with plain or vegetable cream cheese and smoked salmon or cured lox.

The whoopie pie is yet another famous American dessert. It originated in Amish communities, and the most authentic versions are sold at local bakeshops and markets in Lancaster, Pennsylvania.

The ultimate whoopie pie is a soft and fluffy chocolate pastry that sandwiches a delectable marshmallow fluff filling. Most people would describe it as melt-in-your-mouth delicious.

Lancaster’s residents quickly proclaim the whoopie pie as an important culinary tradition in their region. There’s even the annual Hershey Farm Restaurant & Inn’s Whoopie Pie Festival, where people can submit their whoopie pies, experiment with different ingredients and win prizes.

Few places make excellent pizza like New York — but Chicago is an exception.

Chicago’s pizza looks different, tastes different and is made differently than anywhere else. For starters, the pizza bakes in a deep dish — hence the name — which allows the crust, an alarming amount of cheese and various toppings to rise and bubble to perfection.

Chicago is one of the most beloved cities in the U.S., and the deep-dish pizza is clearly a distinct American delicacy one should not overlook. Many people fill theirs with meat, tomatoes and Italian spices.

Boston, Massachusetts, is known for many things — Fenway Park, Mark Wahlberg, baked beans and a notable accent are only a few. However, you can’t visit Boston without trying New England clam chowder.

Its white and lumpy appearance may not look appetizing, but all it takes is one spoonful for you to fall in love. Quahog — hard clams — are the main ingredient of this classic American soup. Simmered with tender potatoes, heavy cream, salted pork and herbs, it’s no wonder its popularity crosses state borders.

You can enjoy New England clam chowder in a regular bowl or opt for a fresh bread bowl.

As people immigrate to the U.S., their culinary innovations, ingredients and cooking techniques often inspire American fares. Some of these delicacies may not have started as our own, but they quickly became an essential part of our culture.

7 Smaller Details to Cover When Starting a Restaurant

The Difference Between Clean Keto and Dirty Keto Diets